Try out the game or view the repository. 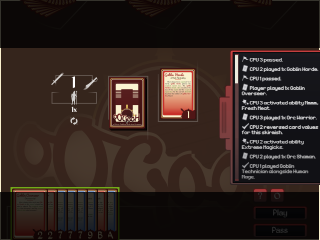 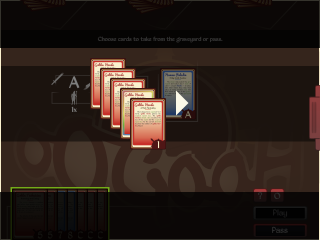 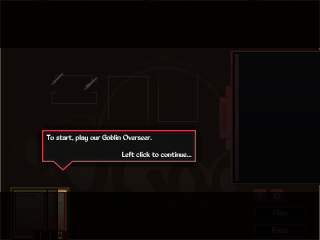 When I was younger I used to play a game on my Playstation that consisted of a variety of card games and was especially fond of one in particular. The version on the disc was called "Rich Man", though it is known by many other names such as President. The rules are fairly simple: players take turns playing cards that are 'stronger' than the cards played before (cards rank from 3 through to K then A and then 2 with Joker being a special card that can substitute for one of any other card, or played vanilla where it beats a 2). Cards are played as singles, doubles, triples, quads or as a 4 card straight, though only the first player to play gets to decide this (if they play two 4s then other players must play double 5s or higher, or pass). Once all other players pass, the last to play wins the hand and now goes first. The first to play all of their cards wins the round and waits for the other players to finish resulting in a ranking of 1 to 4. Cards are then dealt once again and players trade cards: the rank 1 player trades two of any of their cards with the rank 4 player where the rank 4 player must trade their 2 best cards. Similarly the rank 2 and 3 players also trade, except it is only one card. The game continues in this vain until a set number of rounds pass. The ultimate winner is the player with most points.

Rather than dig out and set up my old Playstation I decided to create my own version of 'Rich Man'. Early in the design process I had the idea to not only re-create the game but also to add a little extra flavour to it in the form of card abilities; now it's not only the Joker that has a special ability but every card. I also decided to theme the cards after fantasy elements rather than using traditional playing cards and thus Oogaah (Of Orcs, Goblins and also Humans) was born. Each card is either red or blue which represent Orcs and Goblins, or Humans (this is mostly cosmetic) -- the special card (essentially the Joker) is rainbow coloured, naturally. 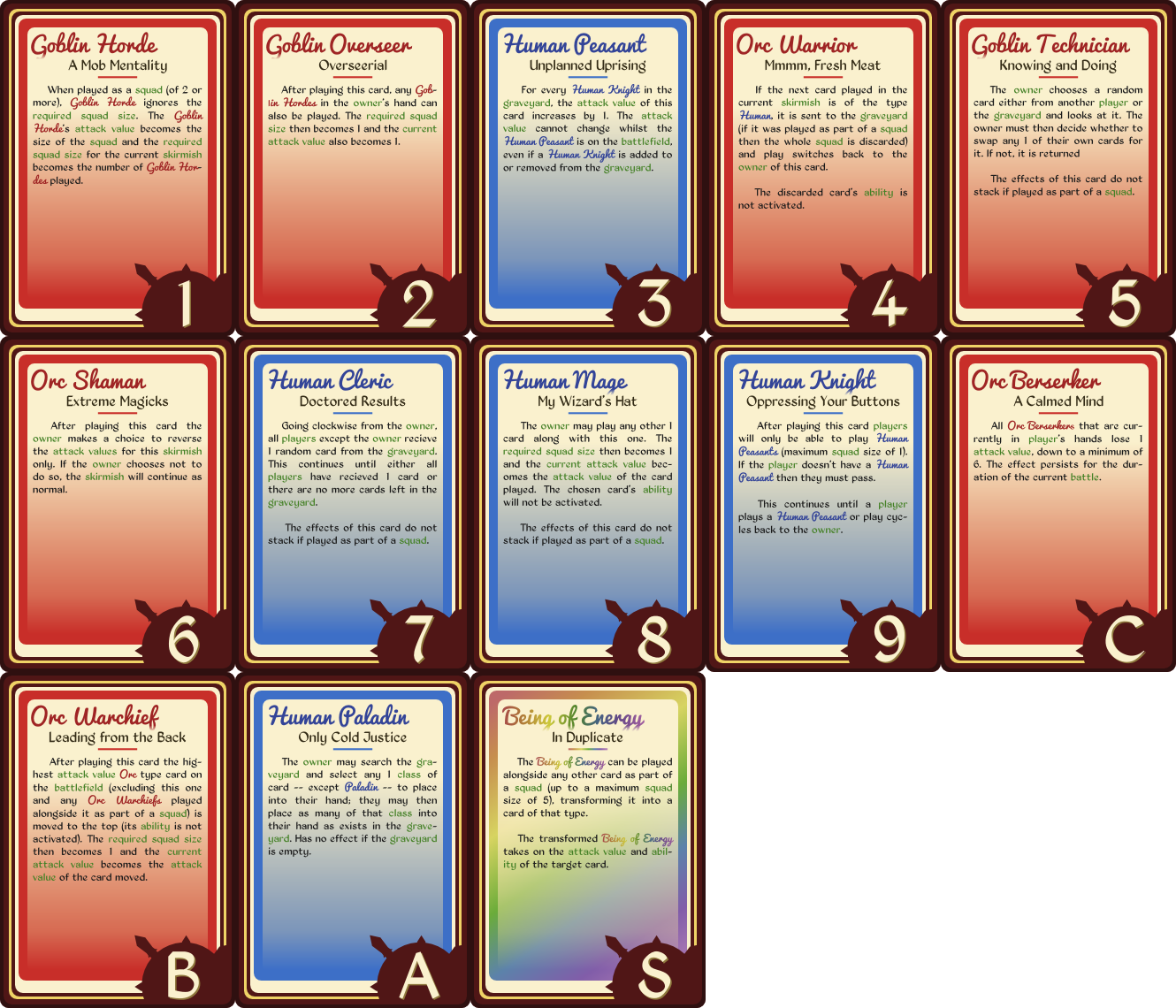 A side by side view of all the cards that constitute the game.

Oogaah's AI system is a simple one: each AI player has a store of behaviours (example behaviours might be 'Combo' which causes the AI to prefer to hold onto cards to play bigger and better combos, or simply 'Beginner' which causes the AI to play at a lower level and make more mistakes) and when an action is required the AI pools all of these behaviours. The behaviours each add a weight value to their choice (some decisions are as simple as yes or no whilst others are more complex) and the choice with the highest resulting weight is performed. This allows for some behaviours to be more dominant during certain actions. If there is a tie then a decision will be chosen at random. 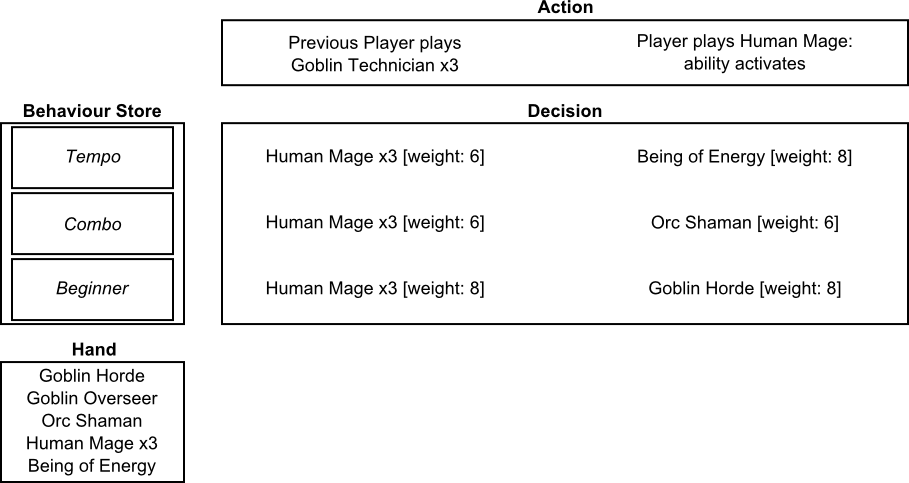 An example of an AI decision process.

The image above shows what the process behind an AI decision might look like: a previous player played three Goblin Technicians. The AI then makes a decision based on what's in their hand (other factors may also be considered depending on the behaviour). Each behaviour chooses what it thinks is best. You'll notice they all decided the same action (although the 'Beginner' behaviour was more certain of their action). After the result is played out another decision is required immediately due to the activation of an ability. Here the behaviours diverge:

'Tempo' wants to maintain control of the game and so decides to play Being of Energy which guarantees they will win this hand and have first play in the next (it values this move highly as it is a huge tempo gain).

'Combo' wants to play the Orc Shaman. The thinking behind this move is that it is then possible to play Being of Energy to win the hand and then combo out the remaining cards. The reason 'Tempo' didn't go with this play is because it is not guaranteed if another player activates certain abilities (it assigns a medium weight to this action as the combo is not particularly huge).

Finally, 'Beginner' wants to play Goblin Horde. From an experienced point of view this is not a strong move as it breaks the possible combo with Goblin Overseer and potentially loses tempo since it opens up EVERY other single card (except another single Goblin Horde). However, 'Beginner' values this move highly and so we end up with a tie between two actions; the tie is resolved by simply picking one at random. As a result we have a play made by the AI and now the next player takes a turn.

The game is complete insofar as it is playable and meets the initial goal set: to create a card game similar to the one I used to play when I was younger. That being said there are definitely some incomplete or just plain absent features, the most prevalent being: